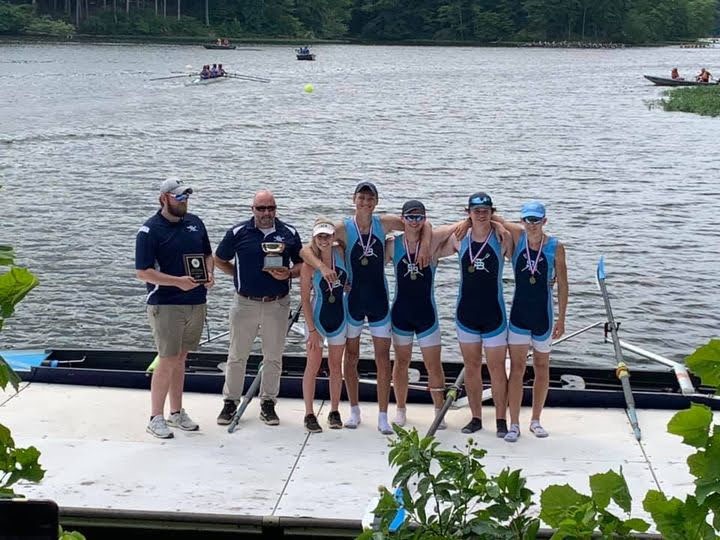 Stone Bridge rowing wrapped up its 2021 competitive season at the Virginia Scholastic Rowing Championship regatta at Sandy Run Regional Park on the Occoquan Reservoir on June 19. Challenged to put – and keep – “Stone Bridge Over Everything” for this final competition, SBHS endured a grueling 76-race, 10+ hour day against boats from 35 schools across the Commonwealth with impressive results. This year’s medalists include:

Beyond the medal count are several impressive facts:

Retiring after 5 years coaching the team, Head Coach Sean Thomas was extremely proud of the coaches & athletes and is confident in the team’s future. The June 21 end-of-season banquet involved many accolades, tears, memories, and heartfelt thanks for Coach Thomas’s many years of leadership.