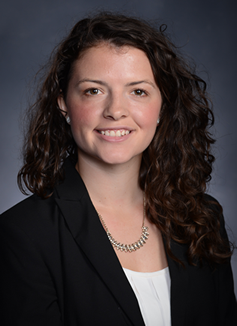 Jaclyn Hoffman began rowing in 2007 at Pomfret School in Northeastern Connecticut. During the summers of 2009 and 2010 she trained with the St. Catharines Rowing Club in Ontario where she won gold at the 2010 Canadian Henley in the Senior Women’s Lightweight 8. In the fall of 2011, she continued her rowing career at NCAA Div. 1 Bucknell University. Her notable races while at Bucknell include the 2013 Patriot League Championship where she helped the V4+ win gold and defeat the Naval Academy by over 7 seconds, as well as winning gold at the 2014 Dad Vail Regatta in the JV8.

Jaclyn graduated from Bucknell in 2015 with a degree in Geography, and currently works as an Account Manager at Esri specializing in geographic information systems. Jaclyn’s current athletic endeavors include trail running, having recently completed the Patapsco Valley Trail 50k in 2020.

Jaclyn looks forward to sharing her passion for rowing with student-athletes and giving back to the local community.