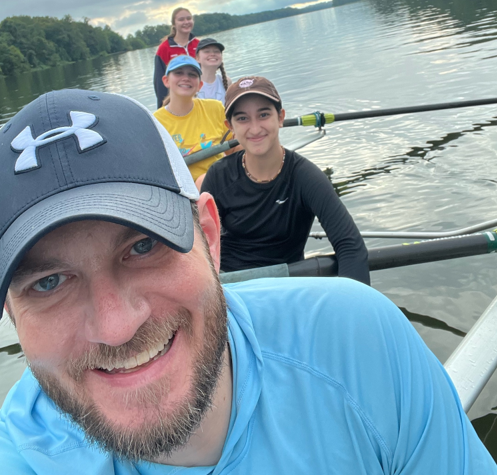 Head Coach Trevor Barry was recruited to row as a heavyweight by the University of Delaware in 2004. He began coaching with W.T. Woodson High School in 2010, served as their Head Coach, co-founded Still Water Rowing Club, and joined Stone Bridge Rowing in 2020.

Trevor teaches Engineering at the Academies of Loudoun- Academy of Engineering and Technology and resides in Winchester, VA.